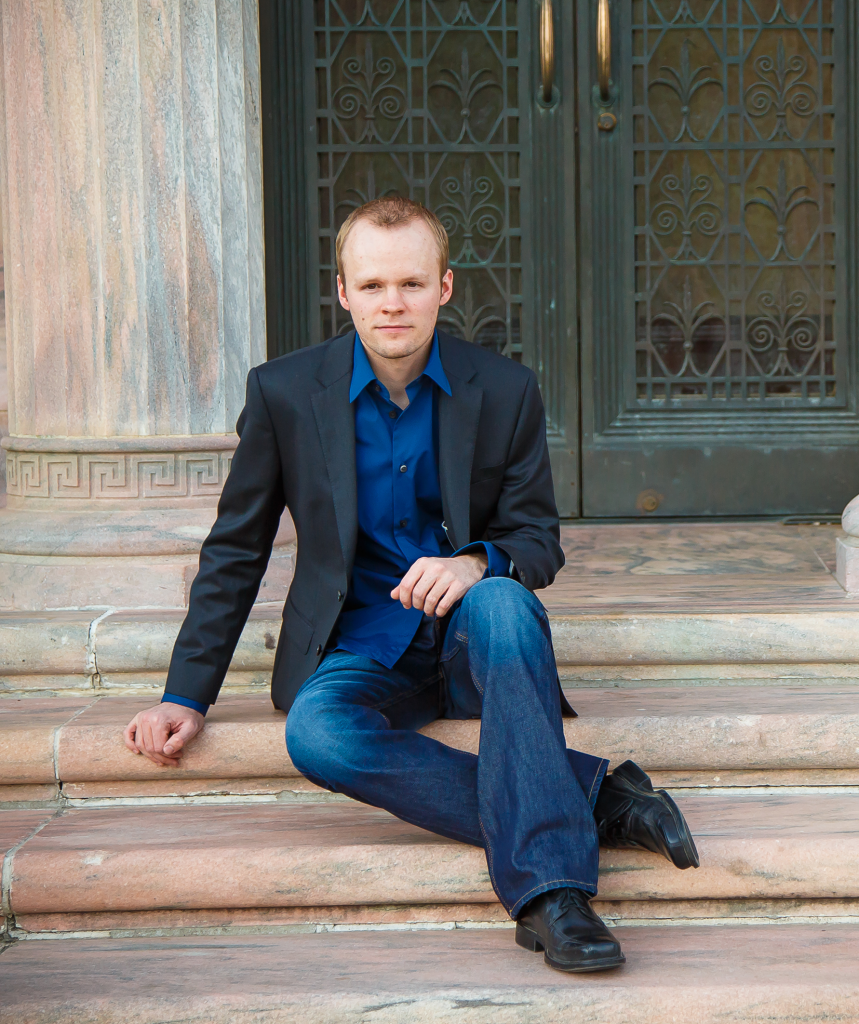 Kevin Bluemel is a contemporary instrumental pianist and composer. His style incorporates catchy melodies, a vast array of instruments, and a virtuosic approach to piano playing.

July 28, 1987, in Salt Lake City Utah, Kevin was born to Alan and Laura Bluemel. Kevin began learning to play the piano by ear at the age of three. By the age of four, his parents enrolled him in piano lessons with a local neighborhood teacher. By ten, Kevin had begun writing his first songs. It was this same year that his parents took him to a David Lanz concert, which turned out to be a life changing event. That evening, after seeing a nine-foot concert grand piano lit magically by a single spotlight, he chose to make music his passion and never looked back.

Kevin immediately began honing and developing his skills at writing music. Countless hours were devoted to this passion, often rehearsing four to eight hours a day. It was also during this time Kevin was drawn to the extravagant showmanship of the great 19th century piano virtuoso, Franz Liszt. Realizing Liszt’s music was some of the most difficult music written for the piano, he practiced Liszt’s techniques tirelessly. It didn’t take long when Kevin’s own unique musical style began taking shape.

By now Kevin had written many songs and desperately wanted to share them with others. However, Kevin was trapped by the prohibitive costs of recording in a professional studio. He invested in his first digital recording machine and starting writing and recording a series of albums which he now refers to as the “unofficial” or “early releases”.

This was a very busy time for Kevin. Endless hours were spent discovering new ways to write and produce music. This experience would serve him well into the future, making it possible for him to completely manage the entire production process from a song’s inception all the way to its final release.

In January of 2010, at the age of twenty-two, Kevin Bluemel, Kevin’s first professional album debuted on iTunes. This release received a warm welcome from newly discovered fans in various countries around the globe. Sailing the Forgotten launched almost immediately afterwards, quickly becoming Kevin’s most popular song on Pandora and iTunes. It was also during this time that Kevin started building his own private studio and began honing his skills as a sound engineer. “This was a key pivotal point,” Kevin shares. “After releasing the Kevin Bluemel album and building my studio, I gained a powerful, moving vision, for what would eventually become the Uncharted project.”

The music for Uncharted was very carefully selected from material written over almost a decade. Some songs, such as Forest of Dreams, Seaside and Storm Front, had appeared on some of Kevin’s earlier unofficial albums and eventually made the final cut for Uncharted. Most of the album’s 13 songs were written during the year or so prior to Uncharted’s production, which took 14 months to complete. Overture, track 12 on the album, now competes for plays with Kevin’s previous hit, Sailing the Forgotten – also surpassing 1/2 million plays alone on Pandora since its release. The rest of Uncharted’s songs have also garnered attention on many music streaming and radio sites including Sirius XM, iTunes and Spotify. Uncharted was also featured in a review on New Age Music World by John P. Olsen.

In June of 2013, Kevin was bitten by a tick while hiking in the foothills of Salt Lake City. The two years that followed brought many strange and debilitating symptoms. In May of 2017, Kevin was diagnosed with Chronic Lyme Disease, or more accurately Lyme Bartonellosis MSIDS, or Multiple Systemic Infectious Disease Syndrome. Kevin is now working with a physician who is helping him regain his health. Recovery happens slowly and incorporates both holistic and western medical treatment modalities. The past four years have been very challenging. Fortunately, Kevin has been able to write a number of albums chronicling his journey during this time. Over the next several years as he recovers, Kevin will record and subsequently release these albums. Please check back periodically for more information.